The Joy of Reading – Sometimes!

I’ve always read a lot ever since I was a child, but since my myeloma diagnosis and treatment (with the subsequent loss of so much that I’d previously enjoyed doing), the amount of time I spend reading has increased hugely.

Some of my overflowing bookshelves

I’ve read an interesting mix of book over the last two and a half years – some of them rubbish, especially when awake most of the night as a result of steroids – but some books I’ve loved as well. Interestingly for me, I used to read mainly female writers, but I’ve noticed a lot of my choices are now male. This might because I used to go to bookshops looking for specific authors or books, whereas now I tend to go to the library and as I roam along the shelves books seem to leap into my hands.

I thought I’d share with you some of the books I’ve enjoyed – or as in a couple of cases, not! 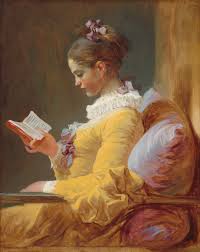 I’ve read a number of books by Robert Harris – not an author I would particularly expect to enjoy – including ‘Conclave’ about the election of a pope, and ‘An Officer and a Gentleman’ about Alfred Dreyfus, and most recently ‘Munich’, the narrative built around a meeting between Chamberlain and Hitler in September 1938. All of these could probably be described as masculine books, very few female characters and concentrating on significant public events. However, they all had something to reveal about human nature, and as a result, kept me involved.

What’s the difference between male and female writing? is a question that’s often been asked. The male writer seems often to eschew the domestic and personal, the apparently small, enclosed arena, where so often the big aspects of life are explored. One such book is ‘Days Without End’ by Sebastian Barry (I love his ‘The Secret Scripture’). Set during the American Civil War and the Indian Wars – cowboys and indians, once the perennial playground of little boys – it tells of a young Irish recruit, Thomas McNulty, whose story is both noble and heartbreaking, horrifying and violent. Barry seems to get right into the soul of the young Irishman.

Another masculine book I enjoyed is ‘The Executor’ by Blake Morrison. It’s about an enduring friendship between two men Matt Holmes and a poet, Robert Pope. The latter asks his friend to be his literary executor, a task which becomes more immediate and challenging when Pope suddenly dies and Matt discovers poems which suggest Pope had a hidden life which could threaten his widow’s grief and overturn her memories of their life together.The novel explores art versus personal relationships, the nature of friendship and asks the question of the dominant ‘I’, relevant in prose as well, but particularly in poetry. Just because a writer uses the first person, does it mean the work is autobiographical? I’ve experienced this a lot when people have assumed everything in my novels happened to me. They can’t seem to grasp writers make things up – it’s what they do!

Although I’ve got a great list of books I’d love to share, I’d better stop, lest I bore everyone to tears. And although I said earlier that I would mention books that I didn’t enjoy so much, I don’t think I will. There are so many good books. Why linger over the ones that are less so?

To finish I’ll just mention two books by authors I really like: ‘The Gustav Sonata’ by Rose Tremain and ‘This Must Be the Place’ by Maggie O’Farrell. Both are full of human joys and sorrows, richly detailed, multi-layered. I could sink into Maggie O’Farrell’s world and never emerge. And finally, a book I finished last night ‘The Trick of Time’ by Kit de Waal, a wonderful book that was both compelling and heartbreaking. It made me feel my Irish heritage more deeply and was a powerful reminder of the losses in my own life. I am the richer for having read it.