Don’t disturb me – I’m not writing!

I’ve been busy with writing-related things recently: helping to organise the Evesham Festival of Words, editing the file for the Festival’s anthology of the winners and shortlisted writers’ stories, compiling interviews for The Short Story, starting teaching a new ten-week course on the short story etc etc. And I’m about to be pre-occupied judging the Worcs Lit Fest flash fiction competition.

But what I haven’t been doing is writing. Creative writing, that is.

Does it matter? Don’t I deserve a break after all the hard work completing The Broken Road?

Well, perhaps it doesn’t, but why do I keep going over in my head the first chapter for the next novel I plan to write? Why am I delaying starting it? Is the danger that I might never write it? As Bill Hayes writes in the New York Times:

At a party one night, a very artistic looking young man with an Errol Flynn moustache warned me that I must not take a break for too long. “It won’t come back,” he said gravely. “I stopped writing in 1999, and now I can barely write a press release.”

I can’t say this didn’t scare me a bit. What if I really never wrote or published again? 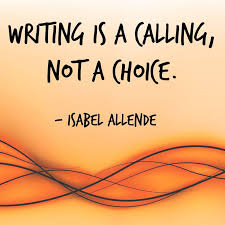 While I was pondering the question, I read an article in Saturday’s Guardian by Anne Enright. I heard Anne Enright speak at the West Cork Literary Festival in 2013 (when I was there for the launch of the Fish Publishing anthology, which included my flash fiction, Dexter’s Lover!) and I found what she had to say about writing fascinating. Equally her article in The Guardian struck a chord with me, especially this sentence:

I feel lonely for the novel I am not writing yet.

What better way to describe my feelings about the novel I still haven’t started? Words floating round in my head might be valuable preparation, but it’s not starting! Anne Enright goes on to say: I have learned how to put a book away for later, though there is always a slight anxiety it will be lost. Too long a sacrifice can make a stone of the heart. Hope deferred makes the hear sick. Not my heart. I keep the book safe.

That’s all very well, but suppose my experience is more that of the artistic young man in New York – ‘It won’t come back.’

There’s only one answer: 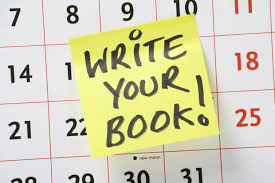