Well. after all the bleating and whingeing, sobbing and sighing, I finally finished the first draft YESTERDAY! 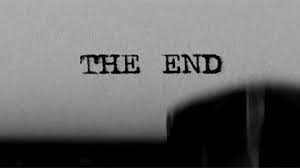 It still feels unreal.Because of the false start (two narratives I was trying to squash into one) I’ve been living with Ollie Anderson for two and a half years. For the first eighteen months, I wondered why I was finding it hard to make progress, but since deciding to split the narrative into two in January this year, I’ve managed to get to the end of the story.

It’s been painful along the way.

As I’ve sometimes complained on here, I find first drafts excruciatingly difficult. I didn’t used to, but I do now. As I’ve learnt and understood more about the craft of writing, I’ve become more hampered by doubt and indecision as I try to get words on the page. If I begin a sentence with ‘There was … ‘, I berate myself – a boring phrase; if I write ‘He turned …’ for the hundredth time, I find it hard to let it go and sort it out in the rewriting process.

But having decided in September (with the help of the lovely Lorna Fergusson at Fiction Fire) that I was going to finish the damn thing by the end of November, I tried to bang words out without worrying constantly about the quality. I began to make quicker progress, but still found it tough. At the beginning of November I still had a long way to go.

In total, the first draft is an amazing 123,000 words. A lot of those will be cut in the rewrites, but for the moment, I love every single one of them!