It’s the tenth day of my blog tour, and I’m posting this days after I intended to!

So, why is it so late? I’ve been so busy lately that I sort of gave up on things last week. I say gave up, but I was negotiating the three winners for the Worcestershire Litfest, teaching, catching up with a backlog of emails and invoices … a rather busy giving up!

Anyway, this stop on the Blog Tour is a nice review from Fran at Reviewed by Fran. It’s always lovely to get a good review, but Fran says she’ll recommend The Piano Player’s Son to her book group – now that’s the sort of reader I can really warm to!

I’ve got another couple of stops on the tour before the end of the month, and then I’ll reflect on it. I hope everyone isn’t bored with it – after lots of comments at the beginning, there haven’t been many for recent stops, and I’d hate to think of people yawning and saying Not again.

Just in case, in other news – did you know that yesterday was Bloomsday? I’d never come across it before, but apparently, it’s a commemoration and celebration of the life of James Joyce and his novel, Ulysses. On the day, the events of his novel (which is set on 16 June 1904) are relived. It is observed annually on 16 June in Dublin and elsewhere. Joyce chose the date as it was the date of his first outing with his wife-to-be, Nora Barnacle. The name comes from the protagonist of Ulysses, Leopold Bloom. A belated hurrah for Bloomsday!

This Saturday 21st June, I’m running a creative workshop from 10-4 in Malvern. So, if you’re feeling the need for some creativity (21st June is the first official day of summer, and the summer solstice, 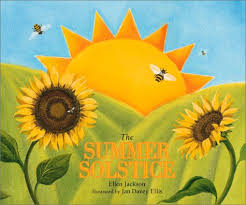 so plenty of reasons to feel creative), come along!