When the Journey Becomes the Story

When I taught GCSE English a lifetime ago, students were often given ‘A Trip to —‘ as a title in the exam. I was always surprised how many of them wrote about getting up that morning, the journey to the airport, or something along the way when the main focus was squeezed into a few lines at the end. But my short story day the other Saturday makes me want to do exactly the same! 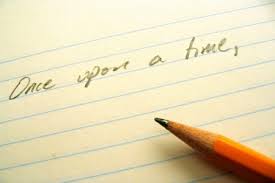 The course was held in Waterstones at Piccadilly and the tutor was Nicholas Royle. He’s the editor of The Best British Short Stories, an anthology published annually, and is a successful short story writer himself,  so I thought he’d be sure to have nuggets of gold to impart. In addition, he was going to be reading from his work with AL Kennedy in the evening. It was going to be a good day!

My train was due into Paddington at 12.30, fifteen minutes to Piccadilly, and the course started at 1.30 – so some time for another look round Piccadilly as research for chapter one of novel-in-progress. It was not to be.

At 12.05, we were ordered off the train at Reading as there was a fatality on the line and no trains were going into Paddington. We were to take a train to Waterloo. Okay, bad, but could have been worse. Waterloo is very close to Piccadilly, so I should still make the course. It was only as we started to go through stations such as Winnersh Triangle, Winnersh, Martins Heron (where?!) that I realised my naivety. We eventually arrived at Waterloo at 10 past 2. I got to the course an hour late! Still I was there – all was not lost.

I had scarcely sat down before Nicholas Royle said ‘Right if you’d all like to go off for half an hour and write.’ Write! I’d only just walked in the door! However, like a dutiful student I did as I was told. We had to pick an opening line from the selection we’d been given and carry on writing. When we’d written for our allotted time, we came back to the fold and everyone read out what they’d written and received applause and an ‘Excellent!’ There were about eighteen people and by the time we’d finished, there were five minutes to go!

Frightened that the trains might still be disrupted, I didn’t stay for the evening event!

So, a wasted day? In some ways, yes, but I might – might – have got an idea for a story from it, and if that’s the case it won’t have been wasted. For my opening sentence, I chose ‘The day that I was to be slaughtered was a very busy day.’ by Mark Amerika. No, I hadn’t heard of him either! I’ll give you just a snippet of what I wrote, in case I find time to do something with it:

The day in February that I was to be slaughtered was a very busy day.

I was woken at six am by my daughter, Angel. Not that it took much – I’d hardly slept all night. It wasn’t only the fear of the next day, but it seemed churlish to waste a second of my last night alive in sleep.

Angel weighed and measured me and entered the figures on her phone, as the instructions had said. I saw tears in her eyes, but I didn’t acknowledge them. It was her generation who had decreed this new barbaric law. No point crying now the monster had come closer to home.