The First Draft Is Shit

I’m calling on Ernest Hemingway for the title of this post:

The first draft of anything is shit. 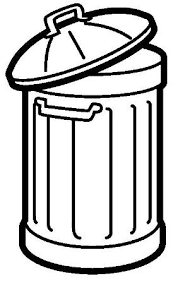 I’ve blogged about the difficulty of first drafts before, but the topic is exercising my mind at the moment. I’ve been struggling to write for months now. I had a crisis in January when I had to recognise that the novel I was trying to write wasn’t going to work. Having finally accepted that, unpicked the two novels I was jamming into one, like two feet into one sock, and decided which one I was going to work on first, I thought I’d resolved the problem.

Through January, February and most of March, words dribbled onto the screen: 200 one day, 300 another; if I was really lucky, I reached the dizzy heights of 500. The slow pace drove me mad. I stared at the computer screen, paralysed, I realised with fear. I couldn’t write because I was afraid of writing shit. I knew only too well the answers to the problem (I’ve spouted them to students often enough), but somehow I couldn’t silence that inner critic, couldn’t separate the drafting from the editing process, couldn’t let the creativity out of the bag because the craft was keeping it firmly shut.

Despite all I know about writing a novel being a two-stage process: drafting and editing, deep down I wanted my novel to come out fully-formed first time round. But as Iris Murdoch said Every book is the wreck of a perfect idea. In other words, the wonderful prose that is in your mind, the intriguing characters who will leap from the page, the brilliant plot twists you imagine, will not appear on the page first time round – and maybe not second, third, or fourth attempt either.

But it’s only through writing it down that it becomes a tangible manifestation of anything approaching that brilliant idea. It’s an important document that will give you something to shape and build on.

So, why have I written so much of this blog in the past tense? Have I cracked the problem? Am I on the sunny uplands of a completed first draft? Far from it. I’m still rowing for all I’m worth in case I drown.

But I have had a bit breakthrough which makes me feel more positive, and that’s a result of two things. The first is advice from the lovely Lorna Fergusson: Decide on a date you want to finish your first draft. Identify how many writing days are available between now and then. Work out out how many words you need to write each writing day in order to complete by the due date. When I did this, I had a shock. I chose 31st September as my ‘due date’., and that meant I had to write 700-800 words on each of my designated days. If I dithered around at 200-300, I would be still be writing the first draft the year after next!

It’s early days, and I don’t want to be complacent too soon. But with the need for 700-800 words a day snapping at my heels, I’ve managed to complete more than that on each of my designated writing days so far. I might crash and burn next week, but so far, it’s working!