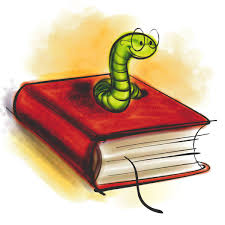 I’ve always been an avid reader.

(How did avid and reader come to be one of those adjective/noun combinations that cling together like survivors from a shipwreck?)

But in the last couple of years, I’ve let my reading slip. I was still reading – I can’t imagine a life without books – but not as consistently as previously. I didn’t have a book on the go all the time, and I often fell asleep at night without reading.

And I felt the loss.

Not at first, but in a similar way to what happens when I’m not writing, after a while a persistent sense of unease creeps in. And this is how I felt at the end of last year, and I resolved I needed to start reading more again. So, how have I got on?

Just before Christmas, I read ‘An Honourable Man’ by Gillian Slovo. It’s an historical novel about General Gordon and the fall of Khartoum. It’s probably not the sort of novel I would usually read, but I’d been on a course with Gillian Slovo and she was great, so I wanted to try something by her. It’s told from four points of view – Gordon’s, his boy, a doctor who is part of the force sent to bring Gordon home, and the doctor’s wife who is descending further into laudanum addiction. I really enjoyed the book, despite not feeling totally involved in the characters’ lives, and will look our for more of hers.

Over Christmas, I read ‘The Room of Lost Things’ by Stella Duffy. I’ve read several books by her already, and her novel ‘Singling Out the Couples’ is one of the few books that has made me laugh out loud. I’m hoping to go to one of her workshops in May, so I’m trying to read more of her work before then. I enjoyed Room of Lost Things, about a dry cleaners in South London, or rather its owner and the young Asian man who is buying it from him. But there are so many characters and viewpoints – the setting is almost a character – that I ended up feeling slightly dissatisfied. The owner’s story is gradually revealed, but I still had lots of questions, and the situations of the majority of the characters seemed largely unresolved. So, it would be four stars from me.

I then had an impulse buy in the supermarket – Apple Tree Yard by Louise Doughty. Not sure why, but it has a striking cover, and I’d read one of hers before and enjoyed it. She also wrote a series of articles for the Guardian a while ago called ‘How to write a novel in a year’, so she should know! I found that it had a similar effect to Gone Girl by Gillian Flynn. It was compelling while I was reading it, but on reflection left me disappointed. The last section sort of faded away.

At the moment, I’m in the middle of  ‘Signs of Life’ by Anna Raverat – it’s her first novel. It’s an interesting book from a writer’s point of view as it has an unreliable narrator, and dodges about in time with no obvious structure or reason for the swooping about. It took me a while to get into, but I’m enjoying it now. However, there are some awful reviews on Amazon (as well as very good ones) and one of them made me laugh: The author gives the impression that she has not spent enough time sorting the work into some sort of logical order with connected prose. It’s as if she had the idea for a memoir, but rather than tell it straight she decided to write each idea point on a sliver of paper, put them all in a hat, and then (after a good shake) reached in and regardless of what order they came out in she wrote it down. It has left it incredibly disjointed. I laughed, but I’d be mortified if I got a review like that!

I think I’m doing quite well so far with my resolve to read more, and I feel better for it. So, what are you reading? Any goodies to recommend?  Don’t forget

if you haven’t read it yet. (Shame on you!) And if you haven’t got time for a book at the moment, there’s an interview with me on Jane Davis’ blog that you can dip into here